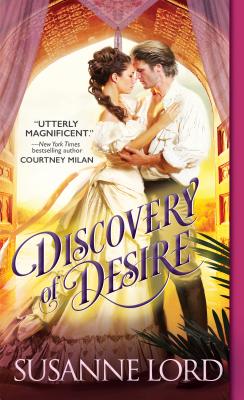 The winds of fate are restless and so is Mina's heart, but a brave yet brash explorer knows just how to put the wind in her sails

Seth Mayhew is the ideal explorer: fearless, profitable, and unmarried. There is nothing and no one he can't find--until his sister disappears en route to India. His search for her takes him to Bombay, where Seth meets the most unlikely of allies--a vulnerable woman who's about to marry the wrong man.

Teeming with the bounty of marriageable men employed by the East India Company, Bombay holds hope for security for Wilhelmina Adams. But when the man she's traveled halfway around the world to marry doesn't suit, Mina finds instead that she's falling in love with a man who offers passion, adventure, intimacy--anything but security...

"Powerful and poignant." --RT Book Reviews, 4 1/2 stars for In Search of Scandal