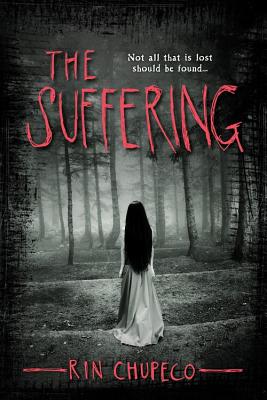 "Teens will savor the vivid portrayal of ghost exorcism as well as the action-packed adventure, romance, and drama of this tale… An exciting, unforgettable drama that echoes Stephen King infused with Japanese culture" — School Library Journal

The breathtaking and haunting companion to The Girl from the Well, from the highly acclaimed author of the Bone Witch trilogy

The darkness will find you.

Seventeen-year-old Tark knows what it is to be powerless. But Okiku changed that. A restless spirit who ended life as a victim and started death as an avenger, she's groomed Tark to destroy the wicked. But when darkness pulls them deep into Aokigahara, known as Japan's suicide forest, Okiku's justice becomes blurred, and Tark is the one who will pay the price…

Suspenseful and creepy, The Suffering is perfect for readers looking for

Praise for The Girl from the Well

"There's a superior creep factor that is pervasive in every lyrical word of Chupeco's debut, and it's perfect for teens who enjoy traditional horror movies...the story is solidly scary and well worth the read." — Booklist

"Chupeco makes a powerful debut with this unsettling ghost story...told in a marvelously disjointed fashion from Okiku's numbers-obsessed point of view, this story unfolds with creepy imagery and an intimate appreciation for Japanese horror, myth, and legend." — Publishers Weekly STARRED review

"It hit all the right horror notes with me, and I absolutely recommend it to fans looking for a good scare. " — The Book Smugglers