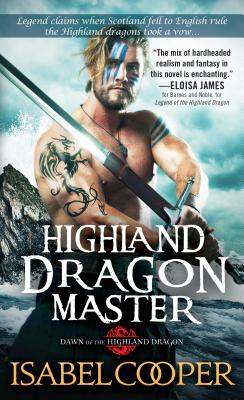 "The mix of hard-headed realism and fantasy in this novel is enchanting..." --ELOISA JAMES for Barnes and Noble Reviews for Legend of the Highland Dragon

He swore to protect Scotland to his last breath
But when terror rules the seas, he'll have to make a choice:
Give everything he has for independence, or trust in the dragon who rules his heart.

The war for Scottish independence rages on, but it's only a matter of time before England is victorious. Exhausted and battle-weary, Highland dragon Erik MacAlasdair will face unknown seas to seek the Templar stronghold and claim a power so great it could free his beloved homeland forever.

If only that kind of power didn't come with such a terrible price.

Daughter of a mortal woman and an ancient dragon, Toinette has never forgotten the proud Scot who once stole her young heart--she'll gladly fight at his side. But when dark forces leave them stranded on a cursed island, it will take everything they have to defy their fate...and trust the passion that burns within the heart of every dragon.