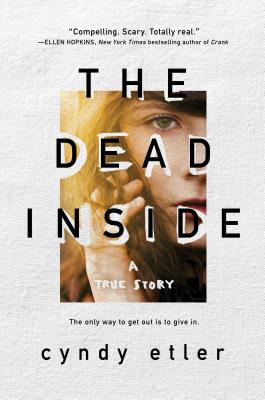 I never was a badass. Or a slut, a junkie, or a stoner, like they told me I was. I was just a kid looking for something good, something that felt like love. I was a wannabe in a Levi's jean jacket. Anybody could see that. Except my mother. And the staff at Straight.

I was thirteen when I ran away from my abusive home. After a month in a shelter for kids--the best month of my childhood--my mother heard about Princess Di and First Lady Nancy Reagan's visit to this place that was working miracles with troubled teens. Straight Inc., it was called.

Straight described itself as a drug rehab, a "direction for youth." Strictly false advertising. An accurate description came from the ACLU, which called it "A concentration camp for throwaway teens." Inside the windowless warehouse, Straight used bizarre and intimidating methods to "treat" us; to turn us into the type of kids our parents wanted. The Dead Inside takes readers behind Straight's closed doors, illustrating why the program was eventually investigated, sued, and closed down for abusing children.

"Raw and absorbing, Etler's voice captivates"--Kirkus Reviews
" An] unnerving and heartrending memoir..."--Publishers Weekly
"Etler weaves her story with conviction, self-deprecating humor, and hard facts"--Booklist
"This is a memoir unlike anything else on the shelves today"--Germ Magazine