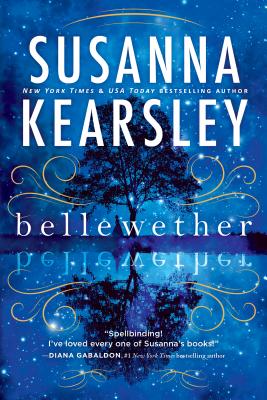 “I loved this book! It beautifully navigates between historical fiction, a love story, and a murder mystery, but with a little touch of magical realism to tie it all together. You can tell the historic setting of the Seven Years War is thoroughly researched, and Kearsley also gives voice to the role slavery played in 18th-century life.”
— Amanda Ball, The Novel Neighbor, Webster Groves, MO
View the List

"I've loved every one of Susanna's books! She has bedrock research and a butterfly's delicate touch with characters—a sure recipe for historical fiction that sucks you in and won't let go!"—DIANA GABALDON, #1 New York Times bestselling author of Outlander

Secrets aren't such easy things to keep: It's late summer in 1759, war is raging, and families are torn apart by divided loyalties and deadly secrets. In this complex and dangerous time, a young French-Canadian lieutenant is captured and billeted with a Long Island family, an unwilling and unwelcome guest.

As he begins to pitch in with the never-ending household tasks and farm chores, Jean-Philippe de Sabran finds himself drawn to Lydia, the daughter of the house. Slowly, Lydia Wilde discovers that Jean-Philippe is a true soldier and gentleman, until their lives become inextricably intertwined.

Legend has it that the forbidden love between Jean-Philippe and Lydia ended tragically, but centuries later, the clues they left behind reveal the true story.

Susanna Kearsley's books combine the magic of Deborah Harkness's All Souls Trilogy, the remarkable women of Lucinda Riley's Seven Sisters Series, and the intrigue of books by Simone St. James.

Part history, part romance, and all kinds of magic, Susanna Kearsley's latest masterpiece will draw you in and never let you go, even long after you've turned the last page.

Named of the Dragon

"Kearsley weaves a richly told contemporary story with an imaginative, authentically detailed tale from the past, throwing in just the right elements of romance and the paranormal." — Booklist, STARRED Review

"RITA Award–winning author Kearsley (The Firebird) pens a captivating tale of a Long Island family caught up in the tumultuous events of the French and Indian War (1754–63) that culminated in the fall of French Canada to the British. Kearsley skillfully creates an atmosphere of parallel times between past and present by connecting a random object from the end of each of Charley’s present-day chapters to a like object at the start of the succeeding chapter belonging to Lydia or Jean-Philippe. This magical feeling is enhanced by the ghostly presence that Charley encounters at the museum site and the legends she learns about the ill-fated lovers. VERDICT Rich characterizations and vivid historical flavor will keep readers enthralled in both past and present story lines. Highly recommended for Kearsley’s many admirers and fans of romantic dual-time historical fiction." — Library Journal

New York Times, USA Today, and Globe and Mail bestselling author Susanna Kearsley is a former museum curator who loves restoring the lost voices of real people to the page, often in twin-stranded stories that interweave present and past. Her award-winning novels have been published in translation in more than 25 countries. She lives near Toronto.