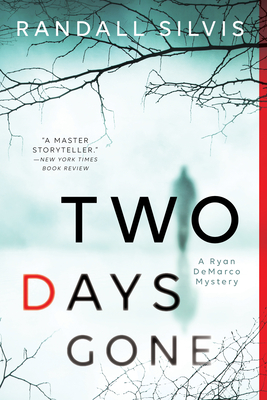 What could cause a man, when all the stars of fortune are shining upon him, to suddenly snap and destroy everything he has built? This is the question that haunts Sergeant Ryan DeMarco after the wife and children of beloved college professor and bestselling author Thomas Huston are found slaughtered in their home. Huston himself hasn't been seen in two days and is immediately cast as the prime suspect.

DeMarco knows—or thinks he knows—that Huston couldn't have been capable of murdering his family. But if Huston is innocent, why is he on the run? And does the half-finished manuscript he left behind contain clues to the mystery of his family's killer?

Perfect for readers of Tana French and Dennis Lehane, this masterful new thriller by acclaimed author Randall Silvis is a taut, suspenseful story that will break your heart as much as it will haunt your dreams.

"...a suspenseful, literary thriller that will resonate with readers long after the book is finished. A terrific choice for Dennis Lehane fans."—Library Journal, Starred Review

"An absolute gem of literary suspense... told in a smooth, assured, and often haunting voice, Two Days Gone is a terrific read."—Michael Koryta, New York Times bestselling author of Those Who Wish Me Dead

No Woods So Dark as These (Book 4)

"Beneath the momentum of the investigation lies a pervasive sadness that will stick with you long after you've turned the last page." — Kirkus Reviews

"...a suspenseful, literary thriller that will resonate with readers long after the book is finished. A terrific choice for Dennis Lehane fans." — Library Journal, Starred Review

"An absolute gem of literary suspense, pitting ordinary people in extraordinary circumstances and told in a smooth, assured, and often haunting voice, Two Days Gone is a terrific read." — Michael Koryta, New York Times bestselling author of Those Who Wish Me Dead

"A gripping new literary thriller....The fact that this book will be marketed as genre fiction is misleading; it's more than that. It's literature posing as a mystery, like works from Attica Locke or Louise Penny. Two Days Gone will be one of the best reading investments you make this year." — BookPage TOP PICK IN MYSTERY January 2017, and Top 10 Notable Book for its January 2017 reading list

"Two Days Gone is a quiet, intense, suspenseful mystery about a man who has lost everything. Rich with descriptions and atmosphere....Two Days Gone is relentless in its suspense, and the final twists in the novel are sure to not disappoint." — Foreword Review

"Randall Silvis' Two Days Gone is a smart, twisting, vividly written thriller anchored by two deeply flawed yet fascinating protagonists. Yes, the novel provides cat-and-mouse suspense as a horrific murder in a college town is investigated, but it's also a deeply rewarding story about friendship, family, fame, and the complicated relationship between readers and writers. Anyone who wants to dismiss thrillers as mere genre fluff should read Two Days Gone." — David Bell, author of Since She Went Away

RANDALL SILVIS is the internationally acclaimed author of more than a dozen novels, including Two Days Gone and the other Ryan DeMarco mysteries. His essays, articles, poems, and short stories have appeared in various online and print magazines. His work has been translated into ten languages. He lives in Pennsylvania.

1. How does the setting of Two Days Gone create the overall tone for the mystery to unfold?

2. Describe the ways Silvis uses a sense of place to draw readers into the story.

3. Throughout the book, Huston seems to live two separate lives, one externally with his family and one internally within his writer self. Have you ever felt like you are living as two separate people? Can you relate to Huston in this way?

4. Huston draws inspiration from great authors, poets, and writers in his own works and relates to literary characters on a personal level. Have you ever felt connected to a certain character from a book? Which character and why?

5. Describe Huston’s mental state in the hours after his family’s murder. What does this say about Huston’s character? At this point in the story, do you believe Huston could be capable of murder?

7. It is obvious that Huston is a beloved professor who greatly influences the growth of his students. Have you ever had a professor or older figure that has had this sort of influence in your own life? Do they have any similarities to Huston? Differences?

8. Throughout the story, Silvis references many different authors and works of literature, especially Nabokov and Poe. How do these references influence the story?

9. If you were to write your own story, fiction or nonfiction, what authors would you draw inspiration from?

10. When on the run, Huston reaches out to only two people, Danni and Nathan. Why do you think he chooses these two people to trust? Compare and contrast Huston’s relationships with Nathan and Danni.

11. When DeMarco finds Huston at the top of the lighthouse, he leaves him there, trusting that he will not jump. If you were in that situation, do you think you could leave your friend? Why or why not?

12. What do you think of Huston’s murder/suicide? Was his revenge justified?

13. Throughout the story, we learn relatively little about Conescu, but later realize he is central to Huston’s demise. What do you think of Conescu’s involvement in Huston’s family’s murder? Do you think he regrets what he started?

14. Why do you think DeMarco decides to finally give up on Laraine? At the end of the novel, do you see any new parallels between DeMarco and Huston?