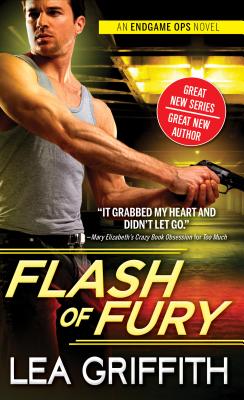 Their spark is immediate
Kingston McNally lost men when someone betrayed his team, and now he's out for retribution. His quest for the enemy's courier leads him to Cameroon and Allie Redding, a petite Peace Corps volunteer as stubborn as she is brave. Their attraction is immediate, but Allie has secrets of her own...and she's not giving them up easily. But their secrets could burn them both
Allie's life has been spent hiding in plain sight, but she's had enough of her cloak-and-dagger existence. On her way home, her plane is hijacked-and King saves her life. But that doesn't mean she owes him anything...even if he is the most damnably sexy man she's ever laid eyes on. He's got black ops and secrets written all over him, and trust is a two-way street. What readers say about Lea Griffith's romantic suspense:
"Superb There aren't enough stars for this author's talent."
"Her writing is magnificent."
"Action-packed, spell-binding romance."
"Wonderfully written...full of intense drama."