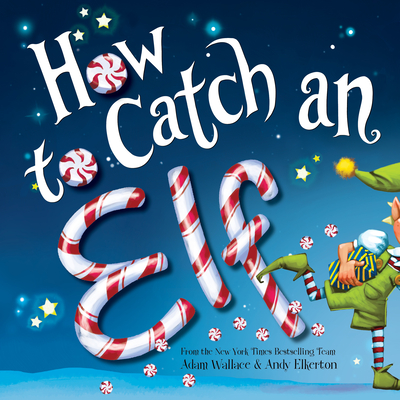 How to Catch an Elf

From the New York Times and USA Today bestselling How to Catch series comes a hilarious Christmas adventure, perfect for stocking stuffers!

"With delightful rhymes, How to Catch an Elf slots itself into place along such classics as 'The Night Before Christmas.'"—Foreword Reviews

It's Christmas Eve and an elf is on the loose… in YOUR house! Do you have what it takes to catch him? Follow along in this fun holiday story as a mischievous elf causes chaos Christmas Eve! Filled with zany traps, vibrant illustrations, STEAM concepts, and even Santa Claus himself, this Christmas picture book for kids is guaranteed to become a new holiday tradition!

The perfect elf book for kids, funny stocking stuffer or Christmas gift for ages 4-8, this festive read aloud is loved by children, parents, and educators alike.

Some kids have tried to catch him, but Santa's fast, you see!

So they've set their eyes on a smaller prize, and now they're after me!

Also in the How to Catch Series:


Praise For How to Catch an Elf…

"A scheming story of how to catch a Christmas elf told in playful rhyme that makes it an instant modern classic." — BookRiot

"With delightful rhymes, How to Catch an Elf slots itself into place along such classics as "The Night Before Christmas." Of course, there’s some updated technology, such as the Elf Snatcher 3000. Its cute language is great for reading aloud and the pictures are sure to get a giggle. Daring escapes and goofy traps make the story great fun. With hijinks galore, kids may just come up with some new ways to capture Santa’s little helper" — Foreword Reviews

Adam Wallace is a children’s writer and cartoonist living in Australia. He is the author of the New York Times bestselling How to Catch series and The Holiday Heroes Save Christmas.

Andy Elkerton is a children’s book illustrator who loves to create creatures that are impossible to catch! He is known for his work on the New York Times bestselling How to Catch series and is based in the United Kingdom.