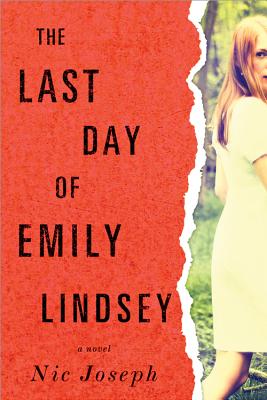 The Last Day of Emily Lindsey

"An intricately plotted and downright creepy thriller about one man's struggle to leave his past behind and the impossibility of ever being able to do so."--David Bell, author of Bring Her Home

In this eerie psychological thriller, a detective and a controversial blogger are thrust together, but is the symbol that connects them a coincidence, a psychic vision, or something far more sinister?

Beautiful and controversial blogger, Emily Lindsey doesn't speak when they find her. Holding a hunting knife and covered in blood that is not her own, she communicates with a single, ominous drawing.

Detective Steven Paul has had the same nightmare for as long as he can remember, a strange symbol always triggering his terror. He decided long ago that the recurring dreams were nothing. But Emily Lindsey draws the symbol he finds all too familiar.

Whose blood is on her knife, and what does it have to do with the story she's been trying to uncover? How could Emily Lindsey possibly know what Detective Paul fears most?

Fans of Luckiest Girl Alive by Jessica Knoll and Behind Her Eyes by Sarah Pinborough will be sucked into the devious twists of this electric psychological thriller.