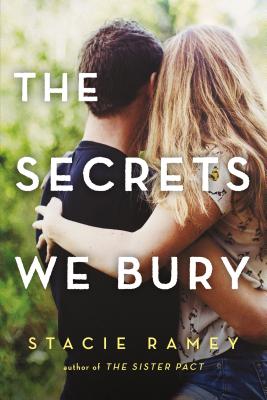 The Secrets We Bury

In an effort to escape his family, Dylan sets out on the Appalachian trail—but he can't escape his past—or his secrets in this novel from the author of The Sister Pact.

Dylan Taggart is on the run. His family is trying to put him in a school for psychologically challenged students, and he gets it—he has issues. But a special school is a complete overreaction. And in six months, he'll be a legal adult, so Dylan decides to disappear on the Appalachian Trail until he can make his own decisions.

Dylan wanted independence, but setting out on a 2,190-mile hike by himself is more than he bargained for. And he keeps crossing paths with another teen hiker, known only as "The Ghost." This mysterious girl is also making the trek alone, and Dylan can tell she's trying to escape too. But from what? When disaster strikes, how can they trust each other if they can't face their own secrets?


Praise For The Secrets We Bury…

"Ramey captures the beauty of the Appalachian Trail, a setting that reflects Dylan’s own struggles. The romance brews slowly, with witty banter between Dylan and the Ghost that eventually allows them to open up to each other. Dylan’s inability to understand the emotions of others feels realistic, and many teens will find his situation relatable. A gripping novel that will tug on readers’ heartstrings until the very end." — Booklist

"The climax of the story is dramatic yet believable. Hiking the Appalachian trail might be an extreme way to prove his independence, yet he learns that compromise is fundamental to being a functional human being, something that might resonate with teens." — School Library Journal

Stacie Ramey learned to read at a very early age to escape the endless tormenting from her older siblings. She attended the University of Florida where she majored in communication sciences and Penn State where she received a Master of Science degree in Speech Pathology. When she’s not writing, she engages in Netflix wars with her children or beats her husband in Scrabble. She lives in Wellington, Florida with her husband, three children, and two rescue dogs.