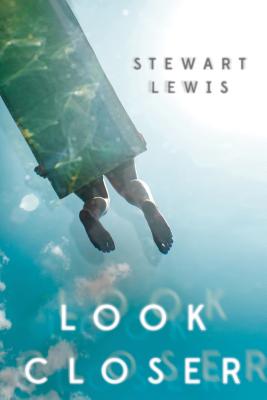 Ever since Tegan's father died while serving overseas, she's been numb. She quit the swim team, and without her best friend around to distract her, the weight of her father's death feels like it will crush her.

Then one morning random letters are circled on her cereal box, letters which spell a name. Teagan doesn't know what to make of it, but tracks down that boy--only to witness him commit suicide. Teagan is devastated. But when she meets Edge, a friend of the dead boy, at least someone seems to understand how she feels.

Except she sees another name...and another. And a pattern forms.

Together, Teagan and Edge set out to find those people, to try to save them from their fate. With a renewed purpose, Tegan is determined to save lives that summer, just like her father used to. But can she save herself?