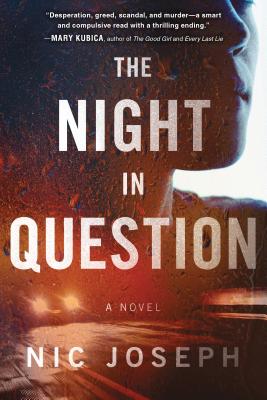 The Night in Question

A] unique and totally compelling mystery chock-full of desperation, greed, scandal and murder. A smart and compulsive read with a thrilling ending to boot.--Mary Kubica, New York Times and USA Today bestselling author of The Good Girl

In this gripping suspense novel, a brush with fame leads to far more than a celebrity selfie. Instead an average woman finds herself plunging down a dark road to blackmail--and maybe murder.

When Paula picks up her last rideshare passenger of the night, all she sees is a few more dollars to put toward her husband's medical bills. But then she recognizes the quiet stranger in her back seat as a world-famous musician and realizes the woman waiting at his destination is not his celebrity wife. So, Paula does what any down-on-her-luck woman would do.

She asks for money in exchange for silence.

But a few days later, a woman is murdered, and Paula's knowledge of the celebrity affair could prove instrumental to catching a killer. And the more she learns about the suspects, the more dangerous her silence becomes.

A sinuous thriller layered with privilege, intrigue, and suspense, The Night in Question is the perfect read for anyone who enjoyed Pretty Girls by Karin Slaughter or The Passenger by Lisa Lutz.