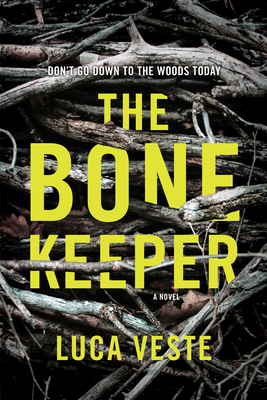 A chilling psychological read, for fans of serial killer thrillers that asks the question: What if you found out the figure that haunted your nightmares as a child was real?

Twenty years ago, four teenagers went exploring in the local woods, trying to find the supposed home of the Bone Keeper. According to lore, victims are lured into his lair, never to be seen again. Only three returned.

Now, a woman is found wandering the streets, horrifically injured, claiming to have fled the evil urban myth. Detective Louise Henderson must convince skeptical colleagues that this urban myth might be flesh and blood.

And then a body turns up.

For fans of C.J. Tudor and Riley Sager, The Bone Keeper is a haunting suspense novel of old legends, past demons, and all the things that go bump in the night.

Like the scariest urban legend from your childhood all grown up, The Bone Keeper is spine-tingling, hair-raising entertainment.--Abby Endler, Crime by the Book