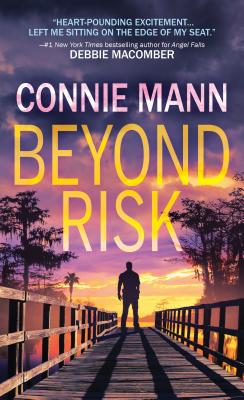 Author Connie Mann delivers clean romance with a side of intrigue and suspense the likes of which you've never seen. Florida's untamed wilderness beckons with its beauty and mystery, but this paradise has a dark side that's waiting for you to step off the path...

Former Florida Fish & Wildlife Officer Charlotte "Charlee" Tanner still carries the guilt of a tragic drowning accident that occurred on her watch. She hoped moving back home to central Florida would provide a safe haven--until she learns that her beloved wilderness is full of twisted lies and deadly secrets, including the fact that the death that's haunted her was no accident...and she was the intended target.

Tough and decisive, Lieutenant Hunter Boudreau has just been promoted as a law enforcement officer with the Florida Fish & Wildlife Conservation Commission, though not everyone on the force is happy about the change. Despite the friction at work, Charlee is his best friend, so when she comes under fire, he's not letting her out of his sight until the killer is caught. But Hunter has secrets of his own, and Charlee is determined not to let anyone else die for her.

As danger closes in and Charlee and Hunter's attraction threatens to consume them, Charlee has to decide whether she can trust Hunter. And to save Charlee, Hunter will have to trust her, too.

Praise for Connie Mann's romantic suspense:
"Heart-pounding excitement...left me sitting on the edge of my seat."--DEBBIE MACOMBER, New York Times bestselling author, for Angel Falls
"Charming, exciting, and thoughtful."--Publishers Weekly for Beyond Risk
" Mann] has begun this series with a bang--lots of action, suspense, and twists and turns."--Harlequin Junkie for Beyond Risk
"An enthralling suspense that will keep you turning the pages."--Long and Short Reviews for Beyond Risk