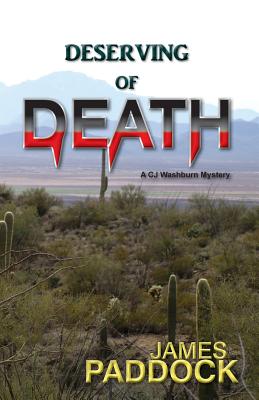 One might say that CJ Washburn is obsessed with Stella Summers. After all, common sense all but takes flight when she goes missing for a time. How could he not think to check his email or voice mail or not find the note she had left in his apartment? He runs to the scene of a body dump in fear that it is her, possibly the third victim in what appears to be turning into a serial killing rampage. "And this guy calls himself a private investigator?" A private investigator he is, and a good one at that. However, women's bodies keep turning up and by the fourth victim he becomes a person of interest; by the fifth, the prime suspect and the subject of a manhunt from the Idaho panhandle to Southern Arizona. Bodies continue to drop around him until his deepest fear is pushed upon him and his investigative skills are challenged at the highest level. In a message from the killer he learns that the next victim will be one of the women in his life; his daughter, his girlfriend, his attorney or even his ex-wife. Who is the next target of this deranged killer?

James Paddock spent his youth in the Big Sky Country, of Montana, graduating Charles M. Russell High School in Great Falls. The following forty-plus years included a Bachelor of Science degree from the University of Idaho, service with the U.S. Navy, owner/operator of a small business in South Carolina, a career as a Graphic Designer and a marriage that produced three fine children, who then have provided bragging rights for many extremely fine grandchildren. James is now living in Florida, with his wife, Penny, enjoying the sun & rain and working on his next novel.
Loading...
or support indie stores by buying on