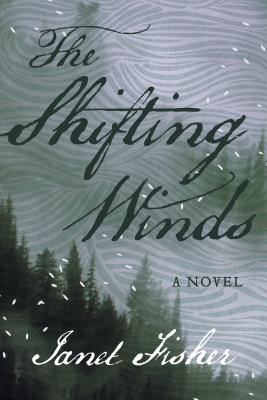 This is the story of reluctant Oregon pioneer Jennie Haviland, who must give up study at her academy in New York when her father takes the family west over the Oregon Trail. In Oregon Jennie meets two young men, American mountain man Jake Johnston and British Hudson's Bay Company clerk Alan Radford. The two men vie for Jennie, as their nations vie for the contested territory of this rich western frontier. But Jennie wants choices of her own.

Janet Fisher grew up on the farm her great-great grandmother Martha bought almost 150 years ago. After earning a master's in journalism with honors from the University of Oregon, she taught college writing and wrote freelance for newspapers. She lived and worked in San Francisco, Kalispell, Montana, and other places, including several cities in Oregon, showing a trace of the Maupin wanderlust. Two of her historical novels were Pacific Northwest Writers Association contest finalists. She recently returned to Martha's farm along the UmpquaRiver in southern Oregon and became the second woman to own and operate this family treasure. For more information see http: //janetfishernovels.com
Loading...
or support indie stores by buying on