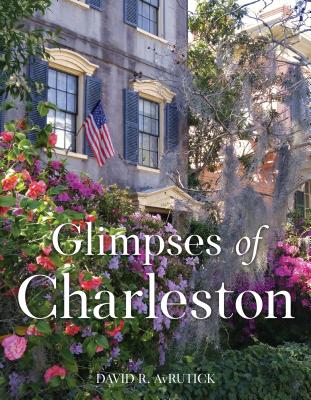 Charleston is one of the most historically significant cities in the United States. One of the prime attractions of Charleston is the spectacular array of historic buildings spanning a wide variety of architectural styles. From simple pre-Revolutionary-era dwellings to spectacular Italianate, Greek Revival, and Victorian homes, to colonial government buildings, to some of the oldest and most beautiful churches, Charleston's architectural splendor is unparalleled in the United States.

While originally from "off," David R. AvRutick has been a full-time resident of downtown Charleston for almost twenty years, having been a part-time resident for the previous ten. As the founding president of the American College of the Building Arts--the only college of its kind in the United States--David led the creation of this unique Charleston institution which educates those who now help restore, maintain, and create lasting beauty in the structures of Charleston, the nation, and beyond. When not taking photographs, David is a serial entrepreneur (check out what Alice's Clubhouse is doing for families suffering with Alzheimer's and dementia) and lives two blocks from the Battery in downtown Charleston with his wife, two children, and their cats Max and Lola. You can reach David through the Glimpses of Charleston Facebook page or the Glimpses of Charleston website.
Loading...
or
Not Currently Available for Direct Purchase