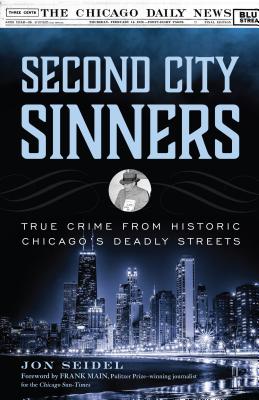 Countless criminals have made their mark on Chicago and the surrounding communities. Chicago Sun-Times journalist Jon Seidel takes readers back in time to the days when H. H. Holmes lurked in his "Murder Castle" and guys named Al Capone and John Dillinger ruled the underworld. Drawing upon years of reporting, and with special access to the Chicago Daily News and Chicago Sun-Times archives, Jon Seidel explains how men like Nathan Leopold, Richard Loeb, and Richard Speck tried to get away with history's most disturbing crimes. . .

Jon Seidel has written about many of Chicago's most notorious crimes and criminals as a reporter for the Chicago Sun-Times. He joined the newspaper's staff in 2012, and he was assigned in 2015 to cover the federal courthouse in Chicago's Loop. He is a winner of the Peter Lisagor award. Seidel was born in Pennsylvania but has spent the majority of his life in the Midwest, graduating from Indiana's Ball State University in 2004 before moving to Illinois.
Loading...
or support indie stores by buying on