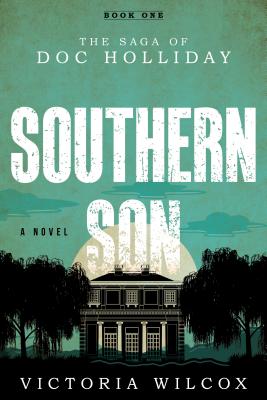 You've heard Doc Holliday's history, but do you know his story? His name conjures images of the Wild West, of gunfights and gambling halls and a legendary friendship with Wyatt Earp, but before Doc Holliday was a Western legend, he was a Southern Son. The story begins in Civil War Georgia, as young John Henry Holliday welcomes home his heroic father and learns a terrible secret about his mother, with his only confidant his favorite cousin Mattie. As the Confederacy falls and tragedy strikes, John Henry's hero-worship turns to bitter anger and he joins with a gang of vigilantes to chase the Reconstruction Yankees out of their small Georgia town. When their murderous plot is discovered and brings threats of military prison, he vows to change his reckless ways, leaving home to attend dental school in Philadelphia and hoping to become a respected professional man worthy of asking for his cousin Mattie's hand. But when he returns from two years in the North he finds family intrigues, lies and revelations, rivals for Mattie's affections-and a violent encounter that changes everything and starts him on the road to Western legend. Southern Son is the first book in the award-winning Saga of Doc Holliday, an epic American tale of heroes and villains, dreams lost and found, families broken and reconciled, of sin and recompense and the redeeming power of love.