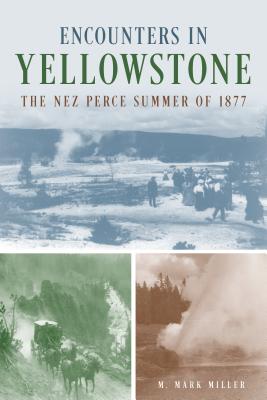 On August 23, 1877, a scout named Jack Bean watched 600 Nez Perce Indians head into the new Yellowstone National Park. Bean rushed 60 miles to the nearest telegraph office to tell the army where the Indians were going. He didn't take time to warn tourists who were visiting the park that was then a roadless wilderness. The Indians flight for freedom is a touchstone of the history of the American West, so most people know about their 1,200-mile running battle with the army that ended just forty miles from the Canadian border and freedom. However few know the stories of the confrontations between the Nez Perce and park tourists. Encounters in Yellowstone tells about those thrilling adventures: Emma Cowan's watching Indians shoot her husband in the head and then taking her captive; Andrew Weikert's blazing gun battles when he tries to rescue friends missing after an Indian attack, and George Cowan's six-mile crawl to get help after he was shot three times and left for dead. The book tells these and other true stories with all the detail and drama of fiction.