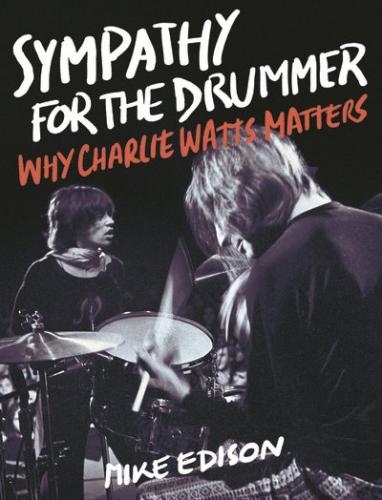 Sympathy for the Drummer

Sympathy for the Drummer: Why Charlie Watts Matters is both a gonzo rush--capturing the bristling energy of the Rolling Stones and the times in which they lived--and a wide-eyed reflection on why the Greatest Rock 'n' Roll Band in the World needed the world's greatest rock 'n' roll drummer. Across five decades, Rolling Stones drummer Charlie Watts has had the best seat in the house. Charlie Watts, the anti-rock star--an urbane jazz fan with a dry wit and little taste for the limelight--was witness to the most savage years in rock history, and emerged a hero, a warrior poet. With his easy swing and often loping, uneven fills, he found nuance in a music that often had little room for it, and along with his greatest ally, Keith Richards, he gave the Stones their swaggering beat. While others battled their drums, Charlie played his modest kit with finesse and humility, and yet his relentless grooves on the nastiest hard-rock numbers of the era ("Gimme Shelter," "Street Fighting Man," "Brown Sugar," "Jumpin' Jack Flash," etc.) delivered a dangerous authenticity to a band that on their best nights should have been put in jail. Author Mike Edison, himself a notorious raconteur and accomplished drummer, tells a tale of respect and satisfaction that goes far beyond drums, drumming, and the Rolling Stones, ripping apart the history of rock'n'roll, and celebrating sixty years of cultural upheaval. He tears the sheets off of the myths of music making, shredding the phonies and the frauds, and unifies the frayed edges of disco, punk, blues, country, soul, jazz, and R&B--the soundtrack of our lives. Highly opinionated, fearless, and often hilarious, Sympathy is an unexpected treat for music fans and pop culture mavens, as edgy and ribald as the Rolling Stones at their finest, never losing sight of the sex and magic that puts the roll in the rock--the beat, that crazy beat --and the man who drove the band, their true engine, the utterly irreplaceable Charlie Watts.

Mike Edison is the former editor and publisher of High Times magazine. His books include the celebrated memoir I Have Fun Everywhere I Go, the sprawling social history of sex on the newsstand, Dirty! Dirty! Dirty! and the deliciously filthy political satire Bye, Bye, Miss American Pie. Edison is also a noted musician who spent much of the 1980s and '90s seeing the world from behind a drum set, opening for bands as diverse as Sonic Youth, Sound Garden, and the Ramones. He has written extensive liner notes for, among others, Iggy Pop, and the Jon Spencer Blues Explosion, and has contributed to numerous magazines and websites, including Huffington Post, the Daily Beast, the New York Observer, Spin (writing about the Rolling Stones), Interview, and New York Press, for which he covered classical music and professional wrestling. He speaks frequently on free speech, sex, drugs, and the American counterculture. Edison lives and works in Brooklyn, NY.
Loading...
or support indie stores by buying on