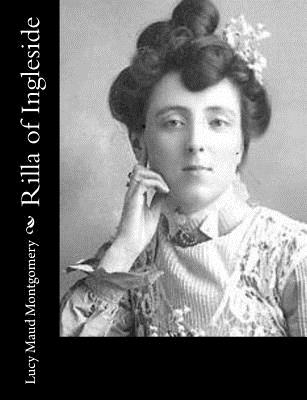 Anne is turning 50 years old and all but one of her children are grown. Rilla spends her time looking forward to her first dance at the lighthouse and procuring a kiss from Kenneth Ford. Then World War I breaks out and her brothers, friends and Kenneth are sent overseas to fight. Rilla does her part by organizing the Junior Red Cross, and one day, she brings home and orphaned newborn baby. Join us for a firsthand account of the women left behind during the First World War, in the eighth classic book in the Anne Shirley Saga.

Lucy Maud Montgomery was born on November 30, 1874, in Clifton, Prince Edward Island, Canada. Her mother died from tuberculosis when she was a year and a half old and she went to live with her mother's parents, who were extremely strict. She returned to live with her father for a year in 1890, but his second marriage was unhappy, and she left again. That same year though, she had her first poem published in a local paper. In 1893, she attended Prince of Wales College to obtain a teaching certificate and taught in various schools. In 1897, she became engaged, but ended the relationship a year later, finally marrying Ewen MacDonald in 1911, moving to Ontario, eventually having three sons. In 1908, Anne wrote Anne of Green Gables, which became an instant success, leading her to write an additional ten books featuring the same characters and settings. In 1935, her husband retired as a Presbyterian Minister and they moved to a suburb of Toronto. She died on April 24, 1942, at the age of 67, either from a coronary thrombosis, or a drug overdose-suicide, having written 20 novels, 500 short stories, poetry and many other works.
or support indie stores by buying on