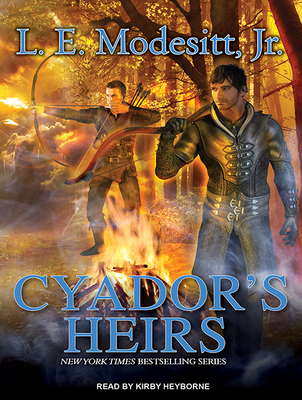 Decades after the fall of Cyador, its survivors have reestablished themselves in Cigoerne, a fertile country coveted by hostile neighbors in less hospitable lands. Young Lerial, the second son of Duke Kiedron, lives in the shadow of his older brother, Lephi, the heir to their father's realm. Lerial's future seems preordained: he will one day command his brother's forces in defense of Cigoerne, serving at his older sibling's pleasure and no more. But when Lerial is sent abroad to be fostered by Major Altyrn to learn the skills and wisdom he will need to fulfill his future duties, he begins a journey into a much larger world that brings out his true potential. Lerial has talents that few, as yet, suspect: He is one of those rare beings who can harness both Order and Chaos, the competing natural forces that shape the world and define the magic that exists within it. And as war finally engulfs the fringes of Cigoerne, Lerial's growing mastery of Order and Chaos is tested to its limits and his own.