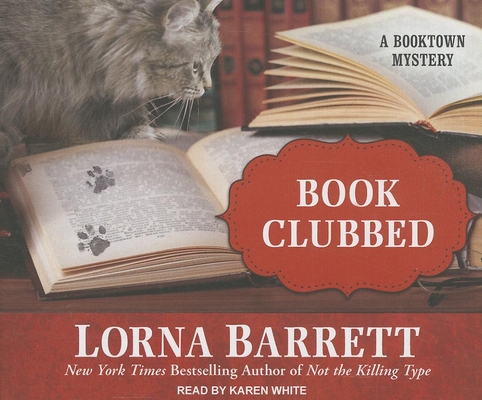 Lorna Barrett is the "New York Times" bestselling author of the popular Booktown Mystery series, including "Murder Is Binding," "Bookmarked for Death," and "Bookplate Special," which was an Agatha nominee for Best Novel in 2009. She lives in Rochester, New York.

Karen White has been narrating and directing audiobooks for more than a dozen years and has well over one hundred books to her credit. Honored to be included among "AudioFile"'s Best Voices 2010 and 2011, she is also an Audie Award finalist and has earned multiple "AudioFile" Earphones Awards for narration and direction.
Loading...
or support indie stores by buying on