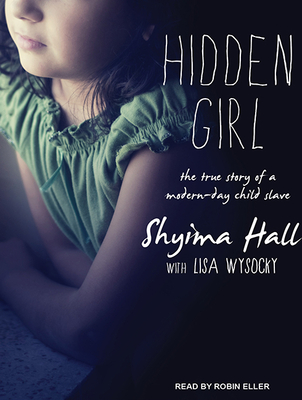 Shyima Hall was born in Egypt on September 29, 1989, the seventh child of desperately poor parents. When she was eight, her parents sold her into slavery. Shyima then moved two hours away to Egypt's capitol city of Cairo to live with a wealthy family and serve them eighteen hours a day, seven days a week. When she was ten, her captors moved to Orange County, California, and smuggled Shyima with them. Two years later, an anonymous call from a neighbor brought about the end of Shyima's servitude-but her journey to true freedom was far from over. A volunteer at her local police department since she was a teenager, Shyima is passionate about helping to rescue others who are in bondage. Now a U.S. citizen, she regularly speaks out about human trafficking and intends to one day become an immigration officer. In Hidden Girl, Shyima candidly reveals how she overcame her harrowing circumstances and brings vital awareness to a timely and relevant topic.

Shyima Hall was born in Egypt and sold into slavery at the age of eight. When she was ten, her captors brought her to the United States, and two years later she was rescued by Immigration and Customs Enforcement officials. In 2011, Shyima became an American citizen. Lisa Wysocky is a bestselling, award-winning author who splits her time between Minnesota and Tennessee.

Robin Eller is a narrator, actress, singer, and dance educator. She has appeared on stage, in films, and on such television programs as "The Bernie Mac Show," "The Bold and the Beautiful," and "General Hospital."
or support indie stores by buying on
Copyright © 2020 American Booksellers Association