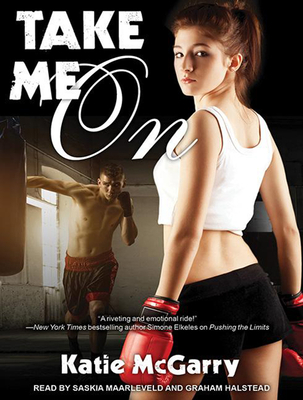 Take Me on (Pushing the Limits #4)

Champion kickboxer Haley swore she'd never set foot in the ring again after one tragic night. But that all changes when the guy she can't stop thinking about accepts a mixed martial arts fight in her honor. West Young is everything Haley promised herself she'd stay away from: handsome, sexy, and full of attitude. West is keeping a big secret from Haley. He hasn't told her who he really is, and helping her-fighting for her-is a shot at redemption, especially since his family is falling apart and it's all his fault. He can't change the past, but maybe he can change Haley's future.