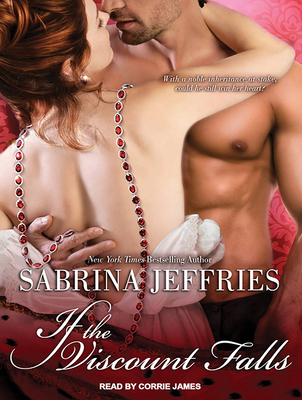 If the Viscount Falls (Duke's Men #4)

The heir presumptive to the Viscount Rathmoor, Dominick Manton once had his heart's desire within reach-a bright future as a barrister and engagement to Jane Vernon. Then a shattering betrayal by his vindictive brother George snatched away Dom's inheritance and his hopes of offering Jane a secure future. Now George is gone, and the viscountcy has been restored to Dom, since his brother's widow, Nancy, never bore an heir. But when Nancy goes missing, a panicked Jane calls on her former fiance to track down her cousin. Dom knows the mistakes of the past may be unforgivable-but now, entangled together in mystery and danger, will they rekindle a passionate longing that was never lost to begin with?