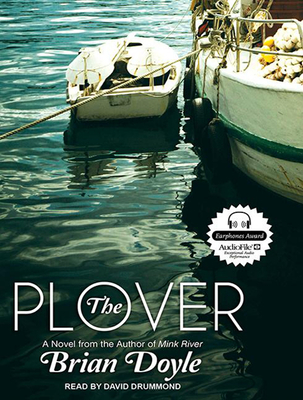 Declan O Donnell has sailed out of Oregon and deep into the vast, wild ocean, having had just finally enough of other people and their problems. He will go it alone, he will be his own country, he will be beholden to and beloved of no one. No man is an island, my butt, he thinks. I am that very man... But the galaxy soon presents him with a string of odd, entertaining, and dangerous passengers, who become companions of every sort and stripe. The Plover is the story of their adventures and misadventures in the immense blue country one of their company calls Pacifica. Hounded by a mysterious enemy, reluctantly acquiring one new resident after another, Declan O Donnell's lonely boat is eventually crammed with humor, argument, tension, and a resident herring gull. Brian Doyle's The Plover is a sea novel, a maritime adventure, the story of a cold man melting, a compendium of small miracles, an elegy to Edmund Burke, a watery quest, a battle at sea-and a rapturous, heartfelt celebration of life's surprising paths, planned and unplanned.

Brian Doyle edits "Portland Magazine" at the University of Portland in Oregon. He is the award-winning author of many books, among them the sprawling Oregon novel "Mink River."

David Drummond has been narrating audiobooks for a few years now and hopes one of these days to get it right. He much prefers dead authors and live audiences.
Loading...
or support indie stores by buying on