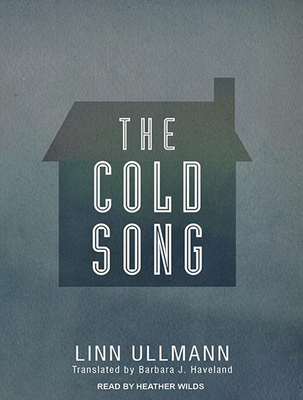 Siri Brodal, a chef and restaurant owner, is married to Jon Dreyer, a famous novelist plagued by writer's block. Siri and Jon have two daughters, and together they spend their summers on the coast of Norway, in a mansion belonging to Jenny Brodal, Siri's stylish and unforgiving mother. Siri and Jon's marriage is loving but difficult and troubled by painful secrets. They have a strained relationship with their elder daughter, Alma, who struggles to find her place in the family constellation. When Milla is hired as a nanny to allow Siri to work her long hours at the restaurant and Jon to supposedly meet the deadline on his book, life in the idyllic summer community takes a dire turn. One rainy July night, Milla disappears without a trace. After her remains are discovered and a suspect is identified, everyone who had any connection with her feels implicated in her tragedy and haunted by what they could have done to prevent it. The Cold Song is a story about telling stories and about how life is continually invented and reinvented.

Linn Ullmann is an award-winning author, journalist, and literary critic. She has published four novels in thirty-three languages, all of them critically acclaimed international bestsellers: "Before You Sleep," "Stella Descending," "Grace," and "A Blessed Child." She lives in Oslo with her husband and children.