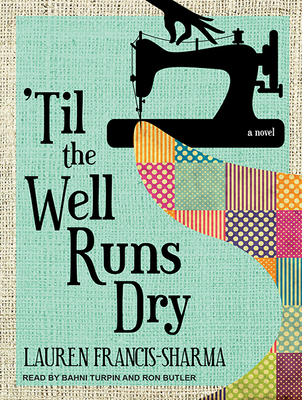 Lauren Francis-Sharma's 'Til the Well Runs Dry opens in a seaside village in the north of Trinidad where young Marcia Garcia, a gifted and smart-mouthed 16-year-old seamstress, lives alone, raising two small boys and guarding a family secret. When she meets Farouk Karam, an ambitious young policeman, the risks and rewards in Marcia's life amplify forever. On an island rich with laughter, Calypso, Carnival, cricket, beaches and salty air, sweet fruits and spicy stews, the novel follows Marcia and Farouk from their amusing and passionate courtship through personal and historical events that threaten Marcia's secret, entangle the couple and their children in a scandal, and endanger the future for all of them. 'Til the Well Runs Dry tells the twinned stories of a spirited woman's love for one man and her bottomless devotion to her children. For readers who cherish the previously untold stories of women's lives, here is a story of grit and imperfection and love that has not been told before.
or support indie stores by buying on
Copyright © 2020 American Booksellers Association