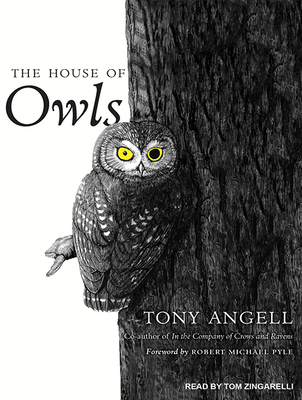 The House of Owls

For a quarter of a century, Tony Angell and his family shared the remarkable experience of closely observing pairs of western screech owls that occupied a nesting box outside the window of their forest home. The journals in which the author recorded his observations, along with the captivating drawings he created, form the heart of this compelling book-a personal account of an artist-naturalist's life with owls. Angell's extensive illustrations show owls engaged in what owls do-hunting, courting, raising families, and exercising their inquisitive natures-and reveal his immeasurable respect for their secret lives and daunting challenges. Angell discusses the unique characteristics that distinguish owls from other bird species and provides a fascinating overview of the impact owls have had on human culture and thought. He also offers detailed scientific descriptions of the nineteen species of owls found in North America, as well as their close relatives elsewhere. Always emphasizing the interaction of humans and owls, the author affirms by his own example the power of these birds both to beguile and to inspire.