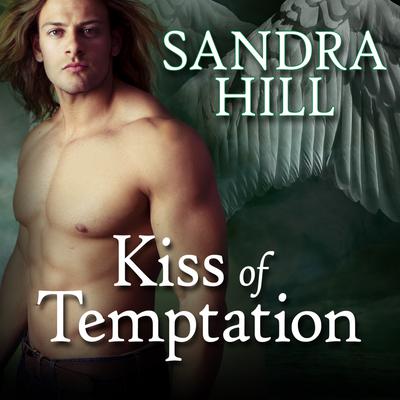 Ivak Sigurdsson is dead . . . well, sort of. Guilty of the sin of lust, he's been given an unusual penance: spend eternity as a Viking vampire angel, or vangel, fighting Lucipires, Satan's vampire demons on earth. Now sequestered in Angola Prison as a "spiritual advisor," Ivak is finding all these centuries of celibacy depressing, to say the least. But then, along comes southern belle Gabrielle Sonnier. Is she a reward for his good deeds or a temptation sent to rattle his lustsome brain?


Gabrielle, a lawyer, begs Ivak to help get her brother out of prison. Aided by the Cajun LeDeux family and their chief looney bird, Tante Lulu, Ivak reluctantly agrees. And while he alternately tries to seduce and save Gabrielle before the Lucipires run rampant, they both begin to wonder if it's really only lust . . . or something more.

Erin Bennett is an award-winning, Los Angeles-based voice actress whose passion for storytelling informs her love of narrating audiobooks. An AudioFile Earphones winner, she has recorded 130 titles for Penguin Random House, Hachette, Harper, Blackstone, Recorded Books, Tantor, Deyan, Dreamscape, and Audible, among others. Her genres vary widely, from literary fiction to mysteries to science fiction to memoir, as well as nonfiction, multicast recordings, and romance. Her recent on-camera work includes Grandfathered on FOX and Children's Hospital on Adult Swim, and her voice-over work spans animation, radio plays for the BBC, video games, and commercials for radio and television.