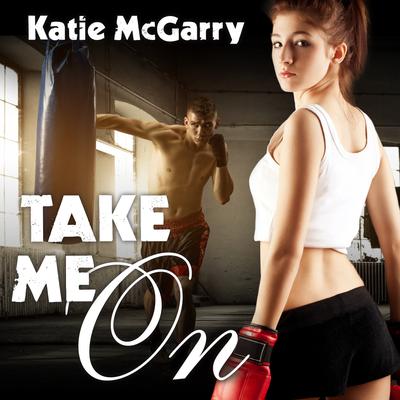 Take Me On (Pushing the Limits) (Digital Audiobook)

Champion kickboxer Haley swore she'd never set foot in the ring again after one tragic night. But that all changes when the guy she can't stop thinking about accepts a mixed martial arts fight in her honor. West Young is everything Haley promised herself she'd stay away from: handsome, sexy, and full of attitude.


West is keeping a big secret from Haley. He hasn't told her who he really is, and helping her—fighting for her—is a shot at redemption, especially since his family is falling apart and it's all his fault. He can't change the past, but maybe he can change Haley's future.

Saskia Maarleveld is an experienced audiobook narrator and voice-over actress based in New York City. Raised in New Zealand and France, she is highly skilled with accents and dialects, and many of her books have been narrated entirely in accents other than her own. In addition to audiobooks, Saskia's voice can be heard in animation, video games, and commercials. She attributes her love and understanding of reading books aloud to coming from a large family where audiobooks were the only way to get though car rides without fighting! Visit saskiamaarleveld.com to learn more.