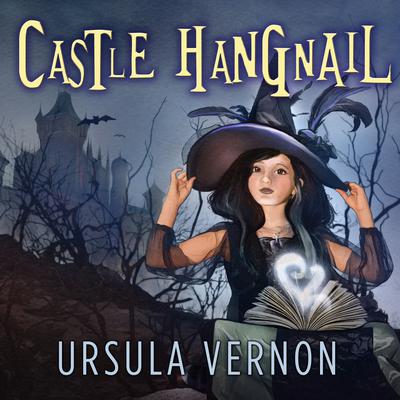 When Molly shows up on Castle Hangnail's doorstep to fill the vacancy for a wicked witch, the castle's minions are understandably dubious. After all, she is twelve years old, barely five feet tall, and quite polite. (The minions are used to tall, demanding evil sorceresses with razor-sharp cheekbones.) But the castle desperately needs a master or else the Board of Magic will decommission it, leaving all the minions without the home they love. So when Molly assures them that she is quite wicked indeed (So wicked! Really wicked!) and begins completing the tasks required by the Board of Magic for approval, everyone feels hopeful. Unfortunately, it turns out that Molly has quite a few secrets, including the biggest one of all: that she isn't who she says she is.

Tara Sands has recorded over sixty audiobooks, including The Language of Flowers by Vanessa Diffenbaugh and When Snow Falls by Brenda Novak, and has received several Earphones Awards from AudioFile magazine. Her voice can also be heard in many cartoons, video games, and commercials. Tara can be seen on TV as an actor and host.