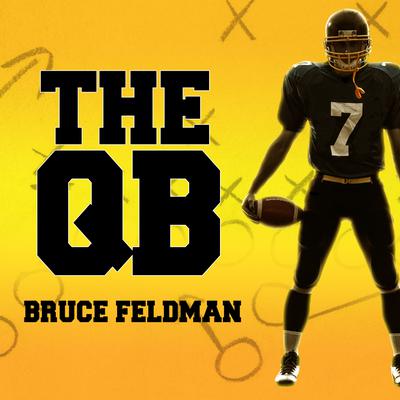 The Making of Modern Quarterbacks

In the world of modern football, no position defines a franchise like the quarterback. The QB is the story of a year in the making of those star players and of the most significant year in QB development in sports history. It is also the year five-foot ten-inch Russell Wilson wins the Super Bowl and, for the first time in over sixty years, a sub-six-foot QB, Johnny Manziel, gets drafted in the first round, forcing NFL power brokers to reexamine how they look at the position—and the game.

To tell the story of all that goes on to create the perfect quarterback, bestselling author Bruce Feldman gained unique access to "Johnny Football" (that's Johnny Manziel), George Whitfield, and many other players in what has become a specialized and high-stakes business. The QB tells the story of the interlocking paths of the most fascinating characters involved in this secretive world, examining how advanced analysis has taken root in football. The stories of these men illustrate how high the stakes of the quarterback's game really are, taking listeners on a compelling journey into the heart of America's beloved game.

Corey M. Snow is a full-time audiobook narrator and voice talent from the great Pacific Northwest, working from his home studio in Olympia, Washington. In his life before becoming a narrator he has been a typesetter, a paratrooper in the 82nd Airborne Division, a software developer, and much more. He has recorded numerous audiobooks, including the DeChance Chronicles by David Niall Wilson, Crescent Lake by David Sakmyster, and the riveting Black Hearts by Time magazine editor Jim Frederick.