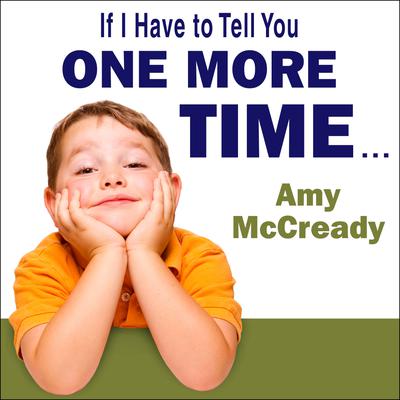 If I Have to Tell You One More Time... (Digital Audiobook)

The Revolutionary Program That Gets Your Kids to Listen Without Nagging, Reminding, or Yelling

Why does it feel sometimes as if our children have special powers that enable them to tune us out completely? You ask your child to do her homework, get ready for school, or go to bed. You think she heard you but . . . no response. You've tried everything—time-outs, nagging, counting to three—and nothing seems to work. In this invaluable book, Amy McCready, founder of the popular online parenting course Positive Parenting Solutions, presents a nag-and-scream-free program for compassionately yet effectively correcting your children's bad behavior.


McCready draws on Adlerian psychology and positive discipline, which focuses on the central idea that every human being has a basic need to feel connected and empowered—children being no exception to the rule. According to McCready, when this need isn't met in positive ways, kids resort to negative methods. In this book, she provides parents with a virtual toolbox of strategies they can use to give their children the attention and power they crave—and do away with the misbehaving that adults dread.