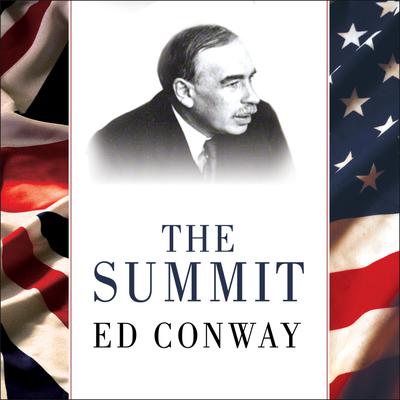 The meeting of world leaders at Bretton Woods in 1944 was the only time countries from around the world agreed to overhaul the structure of the international monetary system. The system they set up presided over the longest, strongest, and most stable period of growth the world economy has ever seen.


At the very heart of the conference was the love-hate relationship between the Briton John Maynard Keynes, the greatest economist of his day, and his American counterpart Harry Dexter White (later revealed to be passing information secretly to Russian spies). Both were intent on creating an economic settlement that would put right the wrongs of Versailles. Both were working to prevent another world war. But they were also working to defend their countries' national interests.


Drawing on a wealth of unpublished accounts, diaries, and oral histories, this brilliant book describes the conference in stunning color and clarity. This is an extraordinary debut from a talented historian.

Born in one of the unlikeliest of places-on the desk of the British High Commissioner in New Delhi, India-native British stage and film actor Ralph Lister lives happily in whatever reality he finds himself. His Audie-nominated audiobook work and best actor awards for both stage and film (2011 Grand Award and 2014 Eclipse Award, respectively) have led him into the delightfully strange worlds of the many characters he embodies in voice. Ralph has narrated more than one hundred audiobooks and directed over a dozen others, across all genres, both fiction and nonfiction. Now a U.S. citizen, Ralph shares his time between his homes in Michigan and Los Angeles, where he also continues his passion for on-camera acting. Recent film credits include roles in OZ: The Great and Powerful, Setup, Alleged, and Mickey Matson and the Pirate's Code, and his television credits include a role on the AMC crime drama Low Winter Sun.