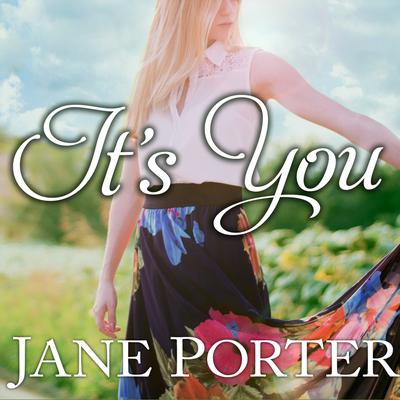 It's You (Digital Audiobook)

In the wake of a tragedy that tore her life down to the foundations, Dr. Alison McAdams has lost her way. So when she's summoned to Napa to care for her ailing father, she's not sure she has anything to offer him—or anyone else.

What Ali finds in Northern California wine country is a gift—an opportunity to rest, and distance from her painful memories. Most unexpectedly, she finds people who aren't afraid of her grief or desperate for her to hurry up and move on.

As Ali becomes part of her father's community, makes new friends of her own, and hears the stories of a generation who survived the Second World War, she begins to find hope again. In a quest to discover the truth about another woman's lost love, she sets off on a journey across oceans and deep into history. And in making sense of that long-ago tragedy, Ali is able to put together the broken pieces of her heart and make new choices that are right for her.

Erin Bennett is an actress, singer, and voice-over artist whose passion for storytelling informs her love of narrating audiobooks. Her genres vary widely from contemporary fiction to mysteries to science fiction and romance. Recently, she appeared in workshops for world premiere musicals with the Pasadena Playhouse and Yale/New Dramatists in New York. Her favorite stage roles include Sally Bowles in Cabaret, Georgie in The Full Monty, Pearl in Paradise Lost, Madge in Sherlock Holmes: The Final Adventure, and productions with the Arizona Theatre Company, the Laguna Playhouse, A Noise Within, the Getty Villa, the L.A. Theatre Works, and the Falcon Theatre. Her voice-over work spans animation, radio plays for the BBC, video games, and television commercials.