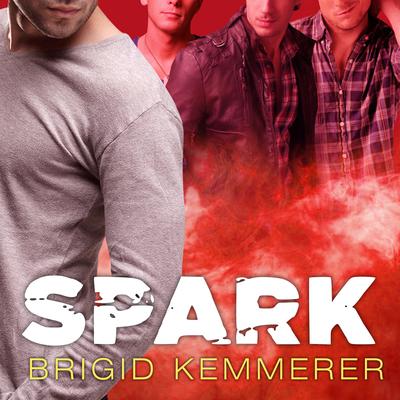 Gabriel has always had his brothers to rely on, especially his twin, Nick. But when an arsonist starts wreaking havoc on their town, all the signs point to Gabriel . . . except he's not doing it.

And no one seems to believe him. No one but a shy sophomore named Layne, a brainiac who dresses in turtlenecks and jeans . . . and keeps him totally off balance. Layne understands family problems, and she understands secrets. She has a few of her own.

Gabriel can't let her guess about his brothers, his abilities, and the danger that's right at his heels. But there are some risks he can't help taking.

Graham Halstead is a professionally trained actor and voice artist, born and raised in Virginia and now living and working in Brooklyn, New York City. As an actor, Graham has worked internationally in Edinburgh, Scotland, and London, England, as well as back home at the Kennedy Center in Washington, D.C. His voice is youthful, easy-flowing, and flexible, and lends itself to many different types of storytelling. He can be heard on TV and radio voicing spots for Airborne and Allegra.