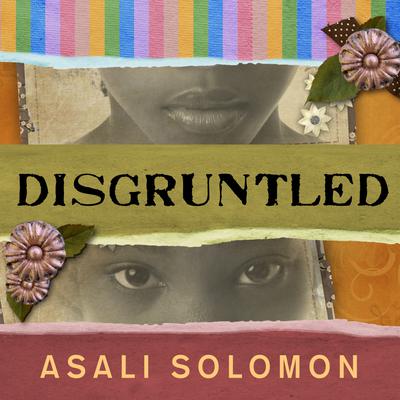 Kenya Curtis is only eight years old, but she knows that she's different, even if she can't put her finger on how or why. It's not because she's black—most of the other students in the fourth-grade class at her West Philadelphia elementary school are too. Maybe it's because she calls her father—a housepainter-slash-philosopher—"Baba," or because her parents' friends gather to pour out libations "from the Creator, for the Martyrs" and discuss "the community."


Kenya does know that it's connected to what her Baba calls "the shame of being alive"—a shame that only grows deeper and more complex. Disgruntled, effortlessly funny and achingly poignant, follows Kenya from West Philadelphia to the suburbs, from public school to private, from childhood through adolescence, as she grows increasingly disgruntled by her inability to find any place or thing or person that feels like home.

Bahni Turpin is a native of Pontiac, Michigan, now residing in Los Angeles. An acclaimed theater actress and ensemble member of Cornerstone Theater Company, Bahni has narrated over seventy audiobooks. In addition to her onstage and narration work, Bahni has worked extensively in TV and film. For a list of her film and TV credits, see IMDB.com.