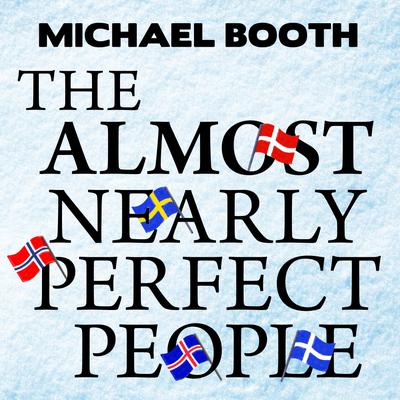 Journalist Michael Booth has lived among the Scandinavians for more than ten years, and he has grown increasingly frustrated with the rose-tinted view of this part of the world offered up by the Western media. In this timely book he leaves his adopted home of Denmark and embarks on a journey through all five of the Nordic countries to discover who these curious tribes are, the secrets of their success, and, most intriguing of all, what they think of one another.

Why are the Danes so happy, despite having the highest taxes? Do the Finns really have the best education system? Are the Icelanders as feral as they sometimes appear? How are the Norwegians spending their fantastic oil wealth? And why do all of them hate the Swedes? In The Almost Nearly Perfect People Michael Booth explains who the Scandinavians are, how they differ and why, and what their quirks and foibles are, and he explores why these societies have become so successful and models for the world. Along the way a more nuanced, often darker picture emerges of a region plagued by taboos, characterized by suffocating parochialism, and populated by extremists of various shades. They may very well be almost nearly perfect, but it isn't easy being Scandinavian.

Born in one of the unlikeliest of places-on the desk of the British High Commissioner in New Delhi, India-native British stage and film actor Ralph Lister lives happily in whatever reality he finds himself. His Audie-nominated audiobook work and best actor awards for both stage and film (2011 Grand Award and 2014 Eclipse Award, respectively) have led him into the delightfully strange worlds of the many characters he embodies in voice. Ralph has narrated more than one hundred audiobooks and directed over a dozen others, across all genres, both fiction and nonfiction. Now a U.S. citizen, Ralph shares his time between his homes in Michigan and Los Angeles, where he also continues his passion for on-camera acting. Recent film credits include roles in OZ: The Great and Powerful, Setup, Alleged, and Mickey Matson and the Pirate's Code, and his television credits include a role on the AMC crime drama Low Winter Sun.