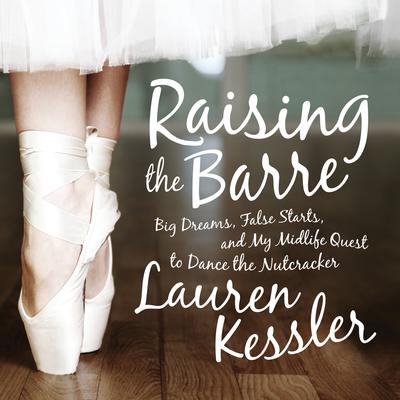 Big Dreams, False Starts, and My Midlife Quest to Dance the Nutcracker

When Lauren Kessler was twelve, her ballet instructor crushed not just her dreams of being a ballerina but also her youthful self-assurance. Now, many decades and three children later, Kessler embarks on a journey to join a professional company to perform in The Nutcracker. Raising the Barre is more than just one woman's story; it is a story about shaking things up, taking risks and ignoring good sense, and forgetting how old you are and how you're "supposed" to act. It's about testing limits and raising the bar(re) on your own life.

Hollis McCarthy is an actor based in New York City, working in theater, film, TV, audiobooks, and voice-overs. Her many stage roles include appearances off-Broadway, at The Old Globe, and in Shakespeare festivals nationwide. On-camera roles include leads in independent films and appearances in episodes of The Good Wife, House of Cards, and feature films. She also loves to fight with swords.