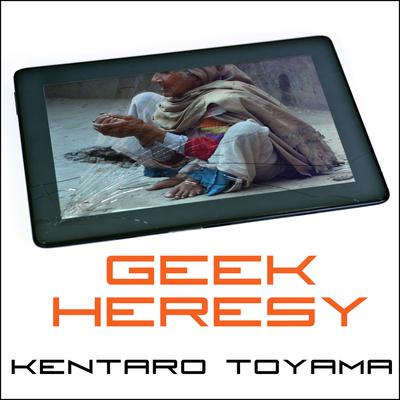 Rescuing Social Change from the Cult of Technology

In 2004, Kentaro Toyama, an award-winning computer scientist, moved to India to start a new research group for Microsoft. Its mission: to explore novel technological solutions to the world's persistent social problems. But after a decade of designing technologies for humanitarian causes, Toyama concluded that no technology, however dazzling, could cause social change on its own.
Technologists and policy-makers love to boast about modern innovation, and in their excitement, they exuberantly tout technology's boon to society. But what have our gadgets actually accomplished? Over the last four decades, America saw an explosion of new technologies, but in that same period, the rate of poverty stagnated at a stubborn 13 percent, only to rise in the recent recession. So, a golden age of innovation in the world's most advanced country did nothing for our most prominent social ill.
Toyama's warning resounds: Don't believe the hype! Technology is never the main driver of social progress. Geek Heresy inoculates us against the glib rhetoric of tech utopians by revealing that technology is only an amplifier of human conditions. By telling the moving stories of extraordinary people, Toyama shows that even in a world steeped in technology, social challenges are best met with deeply social solutions.