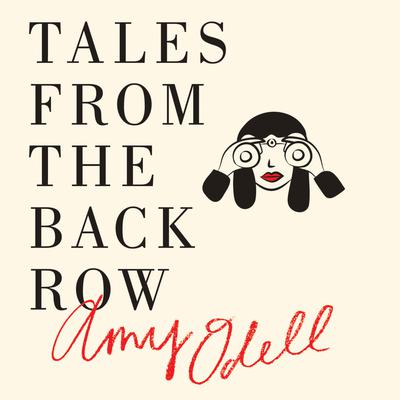 Tales from the Back Row (Digital Audiobook)

An Outsider's View from Inside the Fashion Industry

In Tales from the Back Row, Cosmopolitan.com editor Amy Odell takes listeners behind the stage of New York's hottest fashion shows to meet the world's most influential models, designers, celebrities, editors, and photographers. But first, she has to push her way through the crowds outside, where we see the lengths people go to be noticed by the lurking paparazzi, and weave her way through the packed venue, from the very back row to the front.


As she describes the allure of Alexander Wang's ripped tights and Marchesa's Oscar-worthy dresses, Amy artfully layers in something else: ultimately this book is about how the fashion industry is an exaggerated mirror of human fallibility—reflecting our desperate desire to belong, to make a mark, to be included. For Amy is the first to admit that as much as she is embarrassed by the thrill she gets when she receives an invitation to an exclusive after-party, she can’t help but RSVP "yes."