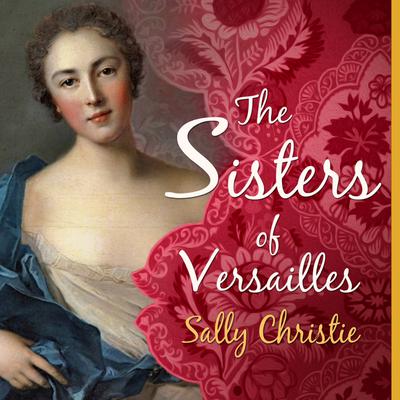 The Sisters of Versailles (Digital Audiobook)

A Novel (Mistresses of Versailles)

Set against the lavish backdrop of the French Court in the early years of the 18th century, The Sisters of Versailles is the extraordinary tale of the five Nesle sisters—Louise, Pauline, Diane, Hortense, and Marie-Anne—four of whom became mistresses to King Louis XV. Their scandalous story is stranger than fiction but true in every shocking, amusing, and heartbreaking detail.

Court intriguers are beginning to sense that young King Louis XV, after seven years of marriage, is tiring of his Polish wife. The race is on to find a mistress for the royal bed as various factions put their best foot—and women—forward. The King's scheming ministers push Louise, the eldest of the aristocratic Nesle sisters, into the arms of the King. Over the following decade, the four sisters—sweet, naïve Louise; ambitious Pauline; complacent Diane, and cunning Marie Anne—will conspire, betray, suffer, and triumph in a desperate fight for both love and power.

In the tradition of The Other Boleyn Girl, The Sisters of Versailles is a clever, intelligent, and absorbing novel that historical fiction fans will devour. Based on meticulous research on a group of women never before written about in English, Sally Christie's stunning debut is a complex exploration of power and sisterhood—of the admiration, competition, and even hatred that can coexist within a family when the stakes are high enough.