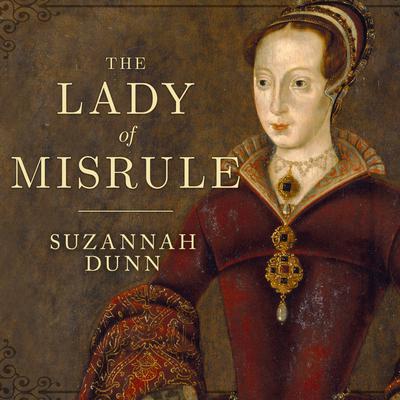 The Lady of Misrule (Digital Audiobook)

Escorting the nine-day queen Lady Jane Grey across the Tower of London from throne room into imprisonment is Elizabeth Tilney, who surprised even herself by volunteering for the job. All Elizabeth knows is that it won't be for long: everyone knows that Jane will go free as soon as the victorious new queen is crowned. Which is a good thing because the two sixteen-year-old girls, cooped up together in a room in the Gentleman Gaoler's house, couldn't be less compatible. Protestant Jane is an icily self-composed idealist, and Catholic Elizabeth is . . . well, anything but. They are united, though, by their disdain for the seventeen-year-old boy to whom Jane has recently been married: petulant, noisily aggrieved Guildford Dudley.

As Jane's captivity extends into the increasingly turbulent last months of 1553, the two girls learn to live with each other, but Elizabeth finds herself drawn into the difficult relationship between the newlyweds. And when events take an unexpected and dangerous direction, her newfound loyalties are put to the test.

Charlotte Anne Dore has been recording audiobooks since 2011, most of which have been historical romances. She has worked in film and television, but she mostly works in live theater and performance, with a focus on historical reenactments, ghost tours, mystery shows, and storytelling.