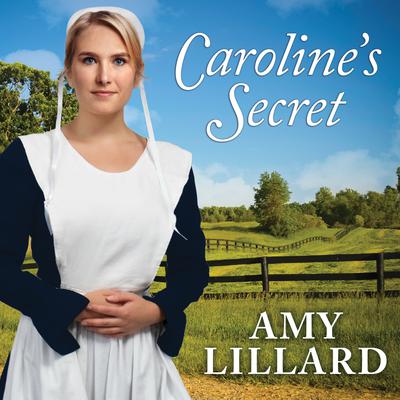 Caroline Hostetler arrived in Oklahoma determined to forge a new life for herself and her daughter, Emma. As a single mother, she values the warmth and safety she's found in close-knit Wells Landing. She's even caught the eye of a handsome newcomer, a man who just may be the partner she longs for and the father Emma deserves. But the arrival of an Englischer threatens to lay bare the secrets she's worked so hard to leave behind . . .

After losing his lifelong sweetheart, Andrew Fitch moved to Wells Landing to work in his uncle's furniture business and nurse his broken heart. Finding love again seems all but impossible until he meets Caroline and Emma. But will his plans to join their lives together be shattered when the truth of Caroline's past comes to light?

Narrator Rebecca Mitchell is a performance artist and classically trained vocalist, as well as a professional host, emcee, and personality. Her natural flare for the dramatic, coupled with her love of being in the studio, brought her to the world of narrating in 2013. Her natural, mellifluous style reveals her rich alto training, love of storytelling, and ease in front of a microphone. Though a longtime New Englander, Rebecca Mitchell was born and raised in the Midwest. The myriad accents and dialects from her various homes, as well as those from her extensive travels, find their way into the characters she portrays. A collector of personality traits, idiosyncrasies, vocal styles, and personal histories, Rebecca infuses her narration with such elements, deepening the richness of her work.