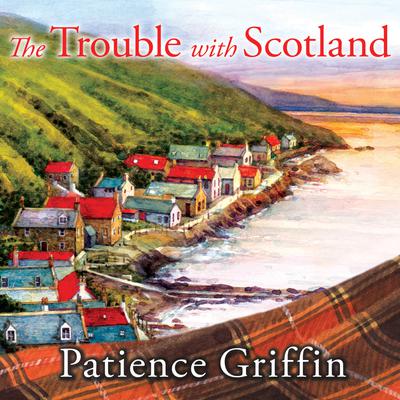 The Trouble With Scotland (Kilts and Quilts) (Digital Audiobook)

Life isn't going as planned, and Sadie Middleton is rethinking her whole future. Thankfully, one thing is staying the same: She's able to share her love of quilting with her grandmother Gigi. The two of them enter a contest and win an all-expenses-paid trip to the Kilts and Quilts retreat in the Scottish Highlands. But their victory turns hollow when Gigi passes away before they can go. Sadie is grief-stricken, but her brother convinces her to take the trip to Gandiegow anyway.

There Sadie meets a charming circle of quilters who remind her of her grandmother, and Ross Armstrong, a handsome fisherman who brings a smile to her face. Newly single, Ross intends to enjoy his freedom. That plan goes awry as he comes to know Sadie and a surprising spark is lit. Unfortunately, some well-meaning folks want to protect Ross from getting hurt again and are determined to keep him and the American lass apart.