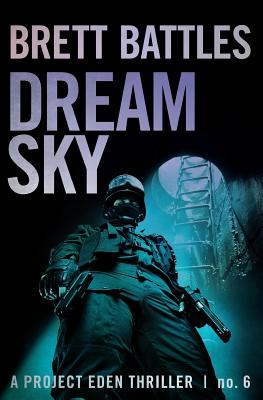 From thriller and suspense master Brett Battles comes Dream Sky, the sixth book in the continuing Project Eden thriller saga. A hush has settled over the planet. The once dominant human race is in full retreat. But man is not yet defeated. Augustine dream sky. These were Matt Hamilton's last words. Daniel Ash has no idea what they mean, but he's sure they are key to defeating Project Eden. His only hope is that he's able to figure out the secret in time. The survivors on Isabella Island are surrounded by death, and need to get off the island before the flu can claim them, too. But there are not enough boats at the resort to get everyone to safety. The only solution involves a risky trip to the mainland that may be even more dangerous than remaining on the island. In Mumbai, Sanjay's friends watch as the Project Eden survival station is abandoned. Curious, they search the facility once everyone has left. They expect to find very little, and at first they are right. But only at first. Ben Bowerman's search for his girlfriend, Martina Gable, takes him to the only place left he thinks she can be. When he gets there, he's hurled into the unexpected, where he begins to see the truth of what is really going on, and knows if he doesn't do something drastic, his days are numbered. And in an idyllic town covered by a blanket of snow, all is quiet. Except for the rotating squad of soldiers who watch and wait for a problem they believe becomes more and more unlikely as each day passes. The world, after all, is quickly depleting. But they are wrong. Eden Rising is best read after completing volumes 1-5 (Sick, Exit 9, Pale Horse, Ashes, and Eden Rising)

Brett Battles is the author of over twenty novels and several short stories. His second novel, THE DECEIVED (part of his Jonathan Quinn series), won the Barry Award for Best Thriller. He is one of the founding members of Killer Year, and is a member of International Thriller Writers. He lives and writes in Los Angeles. More info available at www.brettbattles.com.
Loading...
or support indie stores by buying on