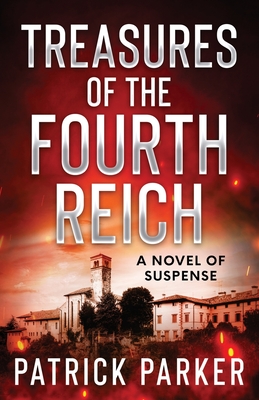 Treasures of the Fourth Reich (Paperback)

A Titian, a Bruegel, and a panel from the Amber Room-vanished during WWII-come to life again.

A string of deaths drags Dix Connor and his art expert wife into a suspense-filled game of cat & mouse with a clandestine organization with roots in the closing days of WWII.

It was one of the greatest crimes of the century.... Grand museums and families lost countless valuables and works of art to Nazi lootings in what has been called "the rape of Europa." Parker's story begins just outside the Bavarian salt mines as the American and Russian armies are closing in. Amid the chaos, SS officers scramble to hide ill-gotten treasures that will finance the "Fourth Reich." Only a precious journal detailing an inventory of treasure caches around the Tirol holds a clue.

Forty plus years later, the hunt for Europe's lost art falls to a husband and wife team who become entangled in this web of stolen treasures. Dix and Maria Connor face down a secret and deadly network trafficking in Titians, Bruegels and remnants of Peter the Great's magnificent Amber Room. From northeast Italy to Brussels, these amateur detectives risk everything to right the wrongs of history. Crisscross Europe's past and present in this thinking man's action novel.

The lust for loot crosses paths with history's ghosts in this high-octane thriller.

Click on the Treasures of the Fourth Reich book cover above for a Look Inside.

Patrick Parker received his bachelor's degree in management and his master's degree in international relations. He joined the US Army and spent five years in Italy. After retiring from the military, Parker spent an additional fifteen years in the defense industry. Now retired again, Parker enjoys writing, scuba diving, sailing, and going to the beach. He lives in Texas. Parker is also the author of Treasures of the Fourth Reich and War Merchant. Both are available through Amazon.com.
or
Buy Here
Copyright © 2020 American Booksellers Association